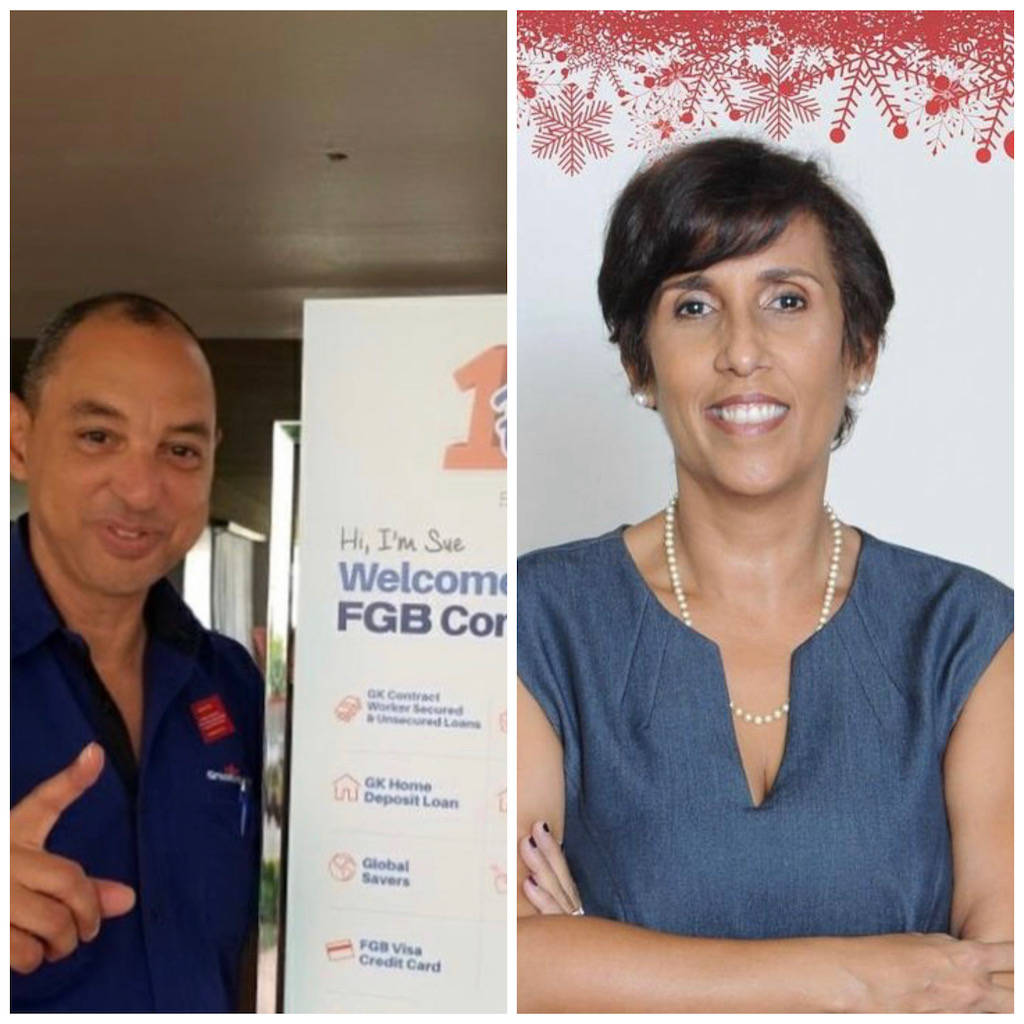 It is with great pleasure to announce the newly appointed Honorary Life Members of the UWI Mona Guild Council. The new inductees are Senator Don Wehby and Mrs. Caroline Mahfood.

Subject to Section 9, The Guild may from time to time on the recommendation of the Guild Council by an ABSOLUTE MAJORITY VOTE, elect persons to be Honorary Life Members of the Guild in recognition of services rendered by such persons to the University or to the Caribbean Community. The privileges of Honorary Life members shall be the right to frequent the Union and to enjoy the amenities and facilities provided by the Guild Council. Such members will not have the right to vote. (The UWI Mona Guild Constitution, 2018)

About our Honorary Life Members

Mrs. Caroline Mahfood is Chief Executive Officer of the GraceKennedy Foundation (GKF), and also serves as Secretary to its Board. She joined GraceKennedy (GK) Limited in 2005 as Programme Coordinator for the GraceKennedy Jamaican Birthright Programme. In May 2008 she was appointed as Executive Director (now Chief Executive Officer) of the GraceKennedy Foundation (GKF). In her role as GKF CEO, Mrs Mahfood has served as a member of the Corporate Committee for the Council on Foundations, Vice-Chair of the Bureau of Standards CSR Committee, a member of the PSOJ Education Committee, and the National Education Council. She is currently a member of the Board of the Grace & Staff Community Development Foundation where she chairs the Education Committee. She is also the Chair of the Jamaica Network of Corporate Foundations and Co-Founder and Vice-Chair of the Caribbean Philanthropic Alliance. Mrs Mahfood was grounded in the principles of philanthropy through her role as Executive Director of Building Bridges a one-year initiative implemented by Ambassador Sue Cobb, former US envoy to Jamaica, which aimed at enhancing community ties between South Florida and Jamaica. She holds a Bachelor of Arts in History and English Literature from The University of the West Indies (UWI). (Grace Kennedy Group, 2021).

Donald George Wehby is a Jamaican business executive. He is group chief executive officer at Grace Kennedy Limited, current senator and former cabinet minister. In September 2007, he became a senator and Minister Without Portfolio in the Ministry of Finance and The Public Service. On 5 October, he returned to GraceKennedy Limited and became the company's group chief operating officer. Don Wehby became group chief executive officer of GraceKennedy Limited on 1 July 2011. Prior to this appointment, Wehby was group chief operating officer, a position he took up when he rejoined the company on 5 October 2009. Wehby first joined GraceKennedy Ltd. in 1995 as group finance manager. He was appointed deputy finance director in 1997 and in that same year was appointed to the board of directors of GraceKennedy Ltd. The following year, he was appointed group chief financial officer and in 1999 undertook the additional role of chief operating officer for the Financial Services Division. In December 2005, Wehby relinquished his role as chief operating officer of the Financial Services Division to take on expanded responsibilities as group chief financial officer, which included heading a new strategic planning unit. In 2006, following the reorganisation of GraceKennedy, he was appointed deputy chief executive officer of GraceKennedy Ltd. and chief executive officer of GK Investments. In September 2007, Wehby resigned from his positions at GraceKennedy Ltd. and its board of directors to serve for two years as Government Senator and Minister without Portfolio in the Ministry of Finance and the Public Service. Following his two-year stint in public service, he was reappointed to the board of directors of GraceKennedy Ltd. on his return to GraceKennedy on 5 October 2009. His current professional affiliations include chairman of the Taskforce on Tourism Contribution & Linkages. He is also vice-president of the Private Sector Organisation of Jamaica (PSOJ). He previously served the PSOJ as a member of its economic policy committee and honorary treasurer. He also served on the board of directors of his alma mater St. George's College. A Fellow Chartered Accountant, Wehby gained his early auditing experience at Touche-Ross Thorburn. He holds both a Bachelor of Science (Hons.) and a Master of Science degree in accounting from The University of the West Indies and has completed an Advanced Management College certificate course at Stanford University. Wehby is married with three children. He is an avid cricket fan and a member of the Kingston Cricket Club. (Grace Kennedy Limited, 2009). 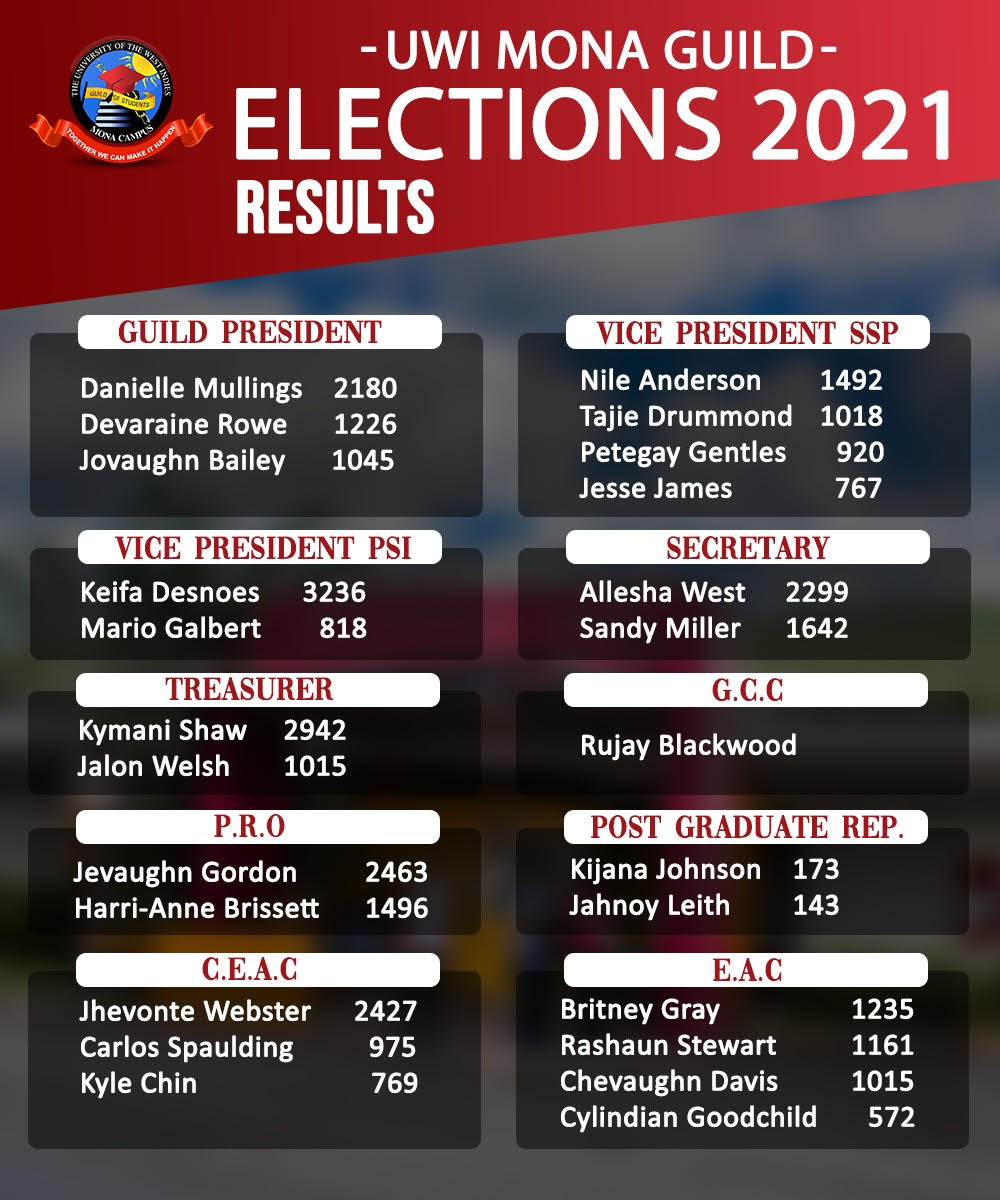 Voting for Institute of Gender and Development Representative